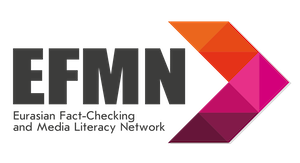 09 Dec ANTI-FAKE: KAZAKHSTAN HAS A SCHOOL TEXTBOOK ON MEDIA LITERACY

The MediaNet international centre for journalism, together with Internews, has released a pilot textbook on media literacy for grades 9-11. A large team of media specialists from Kazakhstan, Russia, Ukraine, Kyrgyzstan and Lithuania worked on the manual. The textbook has 10 chapters: from the history of media to cybersecurity and fighting fakes, as well as tools for analyzing and verifying information.

The creators of the textbook on media and information literacy hope that this subject will help high school students to form critical and legal thinking. The discipline teaches teenagers the basics of cybersecurity, forms a rational attitude to behaviour in social networks, a common attitude to information received via the Internet develops skills of analyzing information sources by the degree of reliability.

The perception of the situation in the world as a whole depends on the quality of information that we receive every day from various sources. The sooner children and teenagers learn to use the tools offered in the tutorial, the better they will be able to identify reliable information and protect their personal data. 15-17-year-olds, as shown by the pilot lessons, are interested and ready to participate in the process of media literacy training

The authors of the textbook are international media experts who have a successful experience in implementing the MIG discipline in their countries:

Ivan Pechishchev, associate Professor at Perm State University, media trainer, author of a course on critical thinking;
Alexander Gorokhovsky, founder of the fact-checking resource Bezbrekhni, certified trainer and author of a book on media literacy and fact-checking;
Dmitry Shishkin, media expert, coach, writer;
Dainius RADzEVICIuS, a lecturer at the European Humanities University, Chairman of the Lithuanian Union of journalists, media expert;
Aychurek Usupbaeva, media trainer, expert of the centre for media support of Kyrgyzstan;
Tasha Sokolova, media Manager, founder and editor of the Monitor Media project.
The educational publication created for testing will pass several stages of examination Of the centre “Textbook”, as well as testing by teachers and methodologists as a pilot. Currently, the textbook is being translated and adapted into Kazakh and methodological recommendations for teachers are being supplemented.

In addition, the developers of the textbook have drawn up a curriculum for the course “Media and information literacy for students in grades 10-11 of secondary schools” for the implementation of the MIG discipline in all schools in Kazakhstan. This course has already been approved in Almaty and Karaganda and introduced as an elective discipline. The course “Media and information literacy” is innovative for the region, while in the world practice media literacy is already part of the mandatory educational program. The curriculum has been prepared with a focus on Kazakhstan and the Central Asian region and includes issues relevant to the region.

Ivan Pechishchev, the author of the Chapter “Information security”, comments on his Chapter for Internews: “I talk about what threats there are on the Internet, in social networks, and how to protect yourself. And I think this is very important because the modern generation is not told about it by parents, who themselves often take only the first steps on the Internet.”

Kazakh journalist Dmitry Shishkin in the past taught philosophy and logic at the University, where this discipline is allocated six months of regular classes. Now Dmitry tried to collect the most important things in one section:

“I have given the most common, “classic” examples of manipulations based on logical errors, which, when used deliberately, become tricks. And I tried to make the most abstract examples of their use so that the student of the course includes thinking already at the stage of reading theory and practical tasks. I created a similar course for adults-for a project Factcheck.kz I had good feedback — when Mature and established people, good specialists in their fields used new knowledge for them. I hope I was able to adapt it to younger people and look forward to receiving feedback again.”

“While we were working on the textbook, it became obvious that the basics of critical thinking and media orientation skills should be started as early as possible — maybe not even in high school. At the age of three, children watch videos on YouTube and can even shoot something themselves. And these are safety issues that parents should tell their children about. And parents themselves need to realize that they do not know much, and they need to learn together with their children,” says Pavel Bannikov.

The publication of the manual was made possible thanks to a grant from Internews within the MediaCAMP project, which is implemented with the support of USAID. A translation of the pilot textbook into Kazakh and a digital version of tasks and exercises are being prepared.